The Tigers defeated the Finest 7-4 in Game 3 of the best of 3 series for the 2019 WRWBL CHAMPIONSHIP. 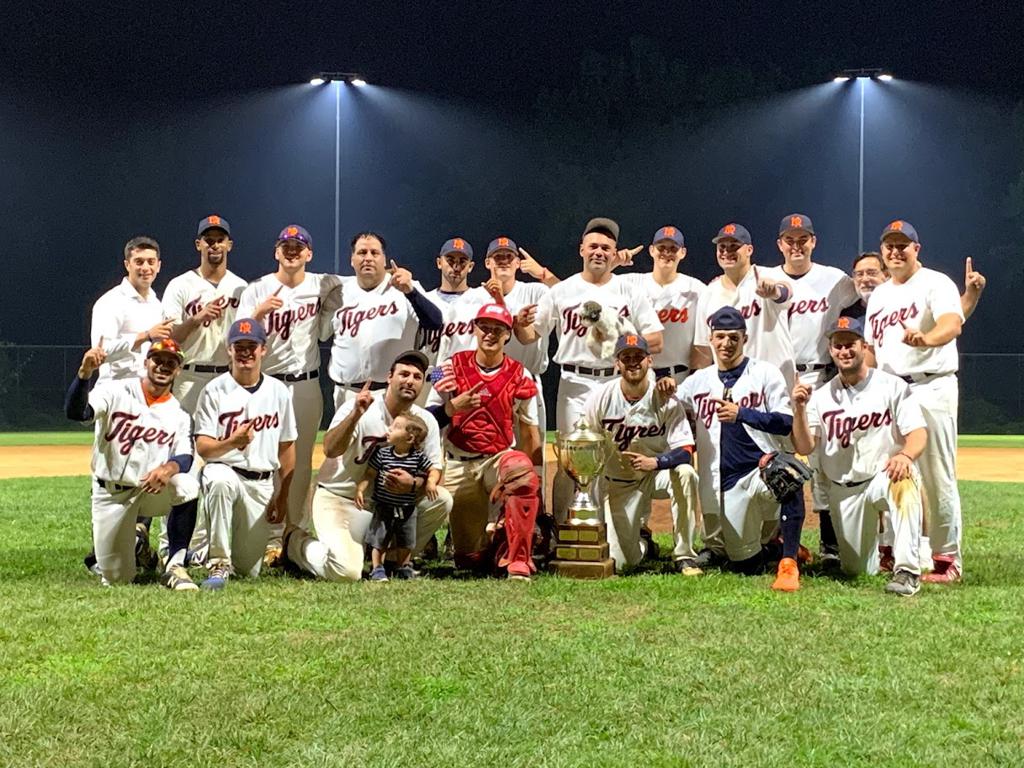 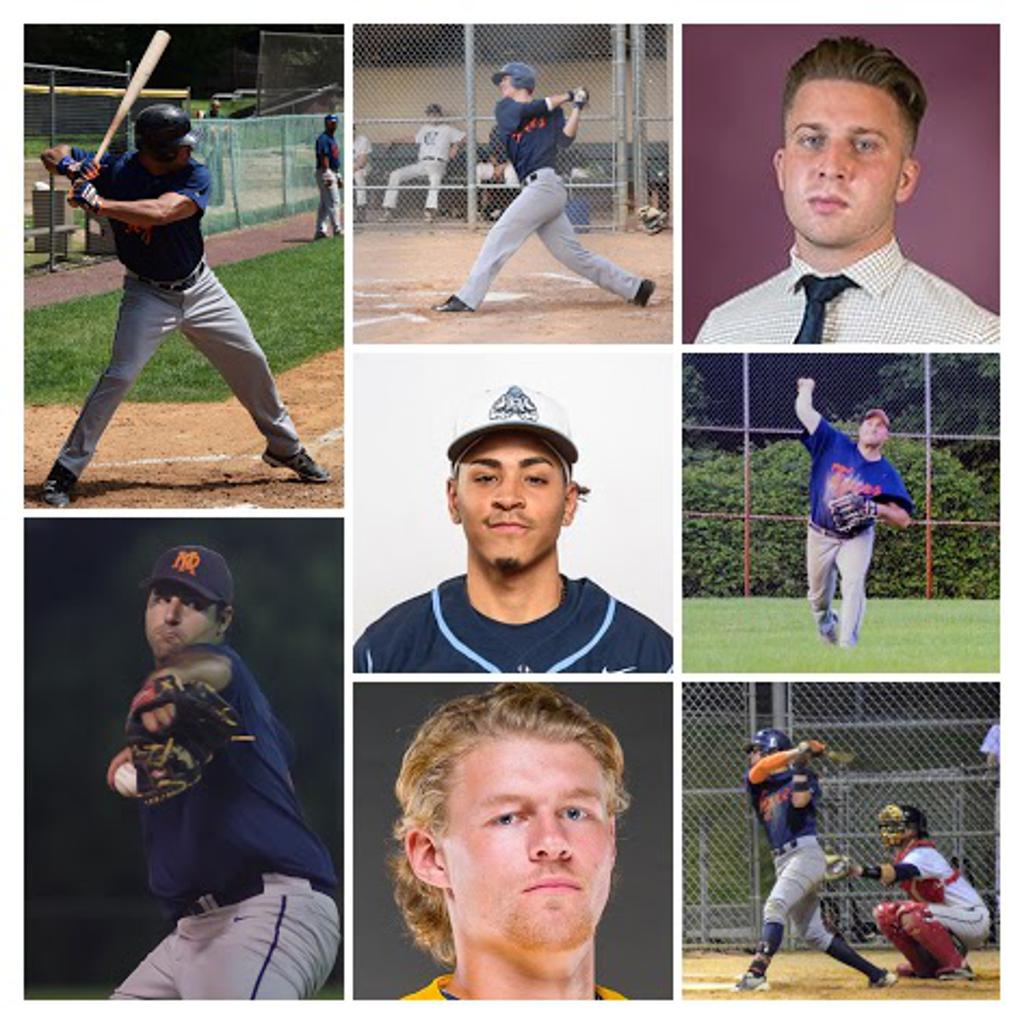 Home of The 2016 WRWBL CHAMPIONS 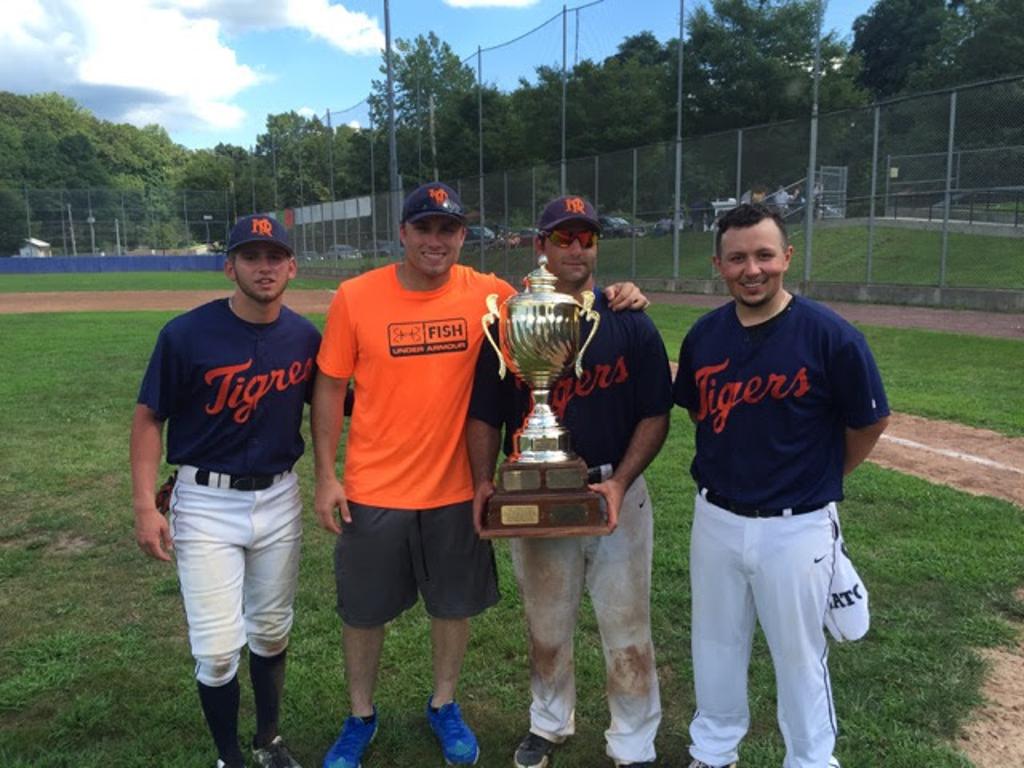 Any person(s) or business interested in sponsoring the New Rochelle Tigers during the 2019 season should contact team General Manager Joe Mandile via email NRTigersBaseball@gmail.com or send a text to 914-557-9379.

Any donation is greatly appreciated.

Tigers Player/Coach Joe Mandile was named the 2018 CUNYAC Coach of the Year after leading John Jay College to the CUNYAC Finals finishing w/ the programs best record in a decade.

Gigante notches 2nd career MVP after hitting for the Triple Crown.  He becomes the 3rd straight Tiger to win the Award in as many years.

Your 2021 MVP is Nate Estes from the New Rochelle Tigers!

Estes was nothing short of dominant all season long. The former 2015 MVP put together one of the WRWBL's most historic single season performances ever, and their was never any doubt he was going to secure his 2nd career league MVP award.

In a potent Tigers lineup, Estes was the driving force. He finished the regular season hitting an outstanding .449, with 37 runs, 35 hits, 9 doubles, 13 home runs and 44 RBI's. His 13 home runs smashed the league's single season home run record, and his 44 RBI's fell just two short of tying the league's RBI record. What was even more outstanding was that he only struck out a miniscule 4 times in 78 plate appearances.

Estes also contributed immensely in the field, as his play in center field helped anchor a Tigers defense that posted the highest fielding percentage in the league. For his efforts in the field, Estes earned a Gold Glove award for the outfield.

Estes capped off his historic 2021 campaign by securing his 3rd career WRWBL championship trophy with the Tigers and recently being named an All-Star selection.

Your 2021 Cy Young Award Winner by unanimous decision is Joe Mandile from the New Rochelle Tigers.

Mandile had a season for the ages, posting a 10-0 record, with 66 strikeouts, 9 complete games, and a miniscule 1.78 ERA. His pitching played a large role in the Tigers capturing their second consecutive championship trophy.

For Mandile, this is the 4th honor he has received this offseason, having already won the Gold Glove for pitcher, Manager of the Year, and being named an All-Star selection.