Below is a breakdown of the New York Bears/New City Outlaws Championship Series to begin Monday night!

The New York Bears finished 2013 in 5th place with a 19-15 record, a huge turnaround after a 9-24 2012 season.  After getting past the New York Finest and the defending champion Harriston Patriots in the first two rounds, they make the Finals in their first trip to the WRWBL Playoffs.  Bears managers George Zeolla and Brian Collins were able to remodel the team around power arms and timely hitting. The team has six members who were recently named to the All Star Team. The Bears finished second in the league in ERA this year, led by Rookie of the Year candidate Jarred Bronley, Drew Lizardi, Spencer Kulman and John Cooley.  Bronley led the team with 56 innings pitched, compiling a 5-1 record and a 2.00 ERA.  Lizardi led the team with 32 strikeouts in 40 innings also had a 3-1 recored and a stellar 2.16 ERA.  Kulman had a 1.90 ERA as a starter.  Also contributing on the mound were Phil Kemp (2 wins, 1.79 ERA), Brett Norton (2 wins, 3.31 ERA), and closer Danny Collins (2 saves, 2.33 ERA).

Offensively, the Bears were led by MVP candidate Danny Collins.  The shortstop amassed a .402 batting average with 25 RBI's out of the cleanup spot, with 6 doubles, a triple, a home run, and 12 stolen bases.  Also having a huge year was 1b/3b Chris Orlando.  Orlando, another 2013 All Star for the Bears, had a .379 avg. and crushed 2 home runs along with 6 doubles, a triple and 24 runs scored.  Sparkplug leadoff hitter Anthony Tyndal set career highs with 29 hits and a .417 OBP while slick fielding middle infielder Steven Haynes knocked in 17 runs.  In the outfield, centerfielder James Dealto tracks down everything and hit .296 after an injury in 2012 kept him out for the entire season. 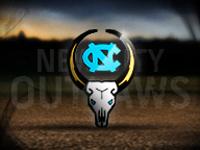 No stranger to the Championship Series, the Outlaws are four time former champs looking to achieve an unprecedented fifth WRWBL title.  They eliminated both the New York City Thunderdogs and the Peekskill Tides in 3 games to reach the championship after a 2012 exit in the semifinals to the Danbury Barons.  Finishing the year 19-13, the team was second in the WRWBL in hitting and was led by 2011 League MVP Brandon Mann.  As the Outlaws leadoff hitter, Mann was atop the league with 46 hits, 115 at bats, and 33 runs scored.  First baseman Wes Poppe posted a .327 avg. with 28 RBI's and 8 doubles.  Steady shortstop Mike Amendola hit .295 with 4 doubles, a triple, a home run, and 19 runs scored in the two spot in the lineup.  Second baseman Wayne Poppe had 2 home runs and led the team with 19 walks, compiling a .442 OBP.  With 18 games played each, perrenial All Star Mike Oliva contributed to hit .369 , and Manny Martinez hit .404.  Missing a part of the season due to injury, DH Eric Nanton hit .410 in 16 games, scoring 15 runs and walking 11 times to lead the team with a .549 OBP.

On the mound, the Outlaws compiled a 3.19 team ERA and were led by  SP's Matt Matcovich, Chris Granata, Alex Conti, Kevin Rettig, and Jesse Sicliano.  In 52.2 innings pitched, Matcovich went 6-2 with a 2.25 ERA, walking only 9 batters.  Granata had a 2.87 ERA in five starts, while Conti and Rettig had 3.10 and 3.34 ERA's, respectively.  Sicliano was dominant in both starting and relief roles, posting a 1.50 ERA in 23.1 innings with 23 strikeouts.  Sicliano, Conti, and Rettig each had 3 wins, while lefthander Chris Skrypack had 2 wins in 8 games out of the bullpen.

Good luck to both teams this week in the best of five WRWBL Championship Series!