Derby to begin at 10 am before All Star Game on Sunday, August 18th at Peekskill Stadium 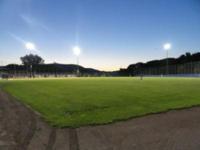 Peekskill, NY -  The participants of the 2013 WRWBL Home Run Derby have been selected!  The contest will start promptly at 10 am this Sunday, August 18th, and will be followed by the All Star Game at 1 pm.  Each team will have a player compete in the derby, which will consist of two rounds.  Round 1 will have each hitter having 10 outs to hit a ball out of the park.  The top three hitters will advance to the final round, also with 10 outs each.

This year's group is headlined by Finest catcher Dave Mercado, who tied a WRWBL single season record with 7 home runs.  Also among the players chosen are Tides rookie of the year candidate Dave Judisky who had 3 home runs, as well as Outlaws centerfielder Brandon Mann and T-Dogs left fielder Will Smith who each had 2.