The New York Bears have won the 2013 WRWBL Championship, the second year in a row that a Westchester based team has won the trophy after being shut out since the Tarrytown Lookouts won back in 2002.  After coming in 5th place during the regular season, the Bears won an exciting 3 game series against the 4th seeded New York Finest and then swept the defending champions and 1st seed Harrison Patriots to meet the Outlaws in the Finals.

The Championship round was a dramatic, back and forth series that went to the deciding Game 5 winner take all finale.  Both teams were evenly matched, and the Bears mix of a deep pitching staff compiled with clutch hitting and sound defense were able to come out on top.  Sparkplug Anthony Tyndal hit .333 in the Finals with 7 walks and scored 5 runs, while Chris Orlando hit .466 with 4 rbi's.  Shortstop Danny Collins batted .312 with 4 runs scored and tossed 4.1 innings of relief in Game 4. James Zeolla drove in 6 runs in the Championship Series, and Matt Cordaro played outstanding defense at first while driving in 3 runs and scoring 3.  In the deciding Game 5, Brett Norton made an incredible over the shoulder catch to rob a home run over the fence at Germonds early in the game.

On the mound, righthander Drew Lizardi appeared in three games, getting the win in Game 3 on the road at Germonds.  throwing 7.1 innings and allowing only 3 earned runs. Brett Norton gave the team key innings (6.1) in two appearances, getting the win in Game 2 at Rumbrook.  Jarred Bronley, Spencer Kulman, and John Cooley all pitched in the long 5 game series which was played in 6 days.

The 2013 Championship Series Most Outstanding Player award went to Phil Kemp.  Kemp played a pivotal role for the Bears, none more important than getting the victory in Game 5, tossing a complete game for the win allowing only 1 earned run on 8 hits with 7 strikeouts.  He also threw 7.1 innings in Game 1 of the series, a long extra inning affair which the Outlaws ended up winning in the bottom of the 13th.  Kemp also contributed at the plate, hitting .352 in the series with 6 rbi's, including a key rbi double in the final game.

Congrats to the Bears, and thanks to everyone who contributed to an exciting 2013 WRWBL Season! 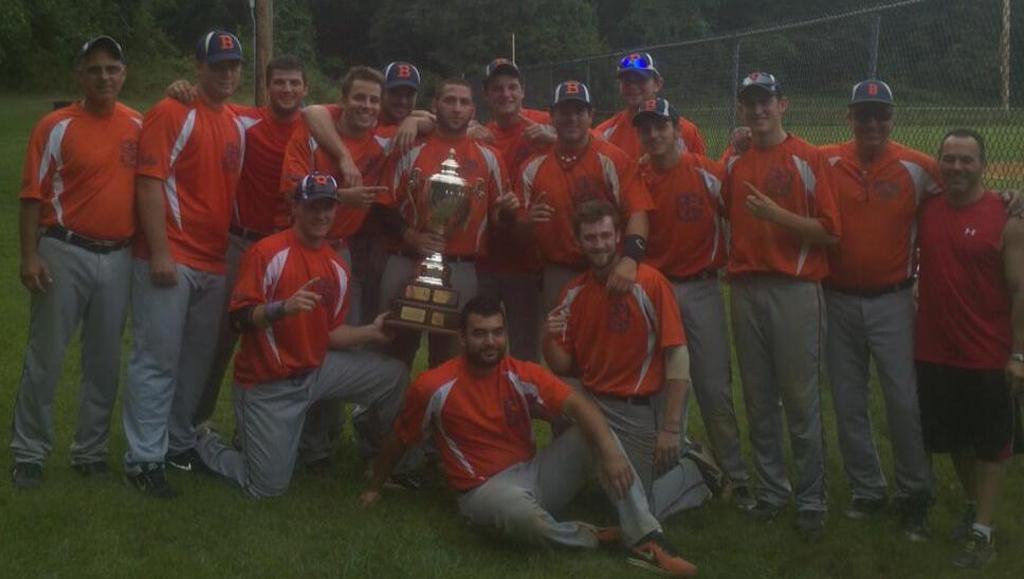